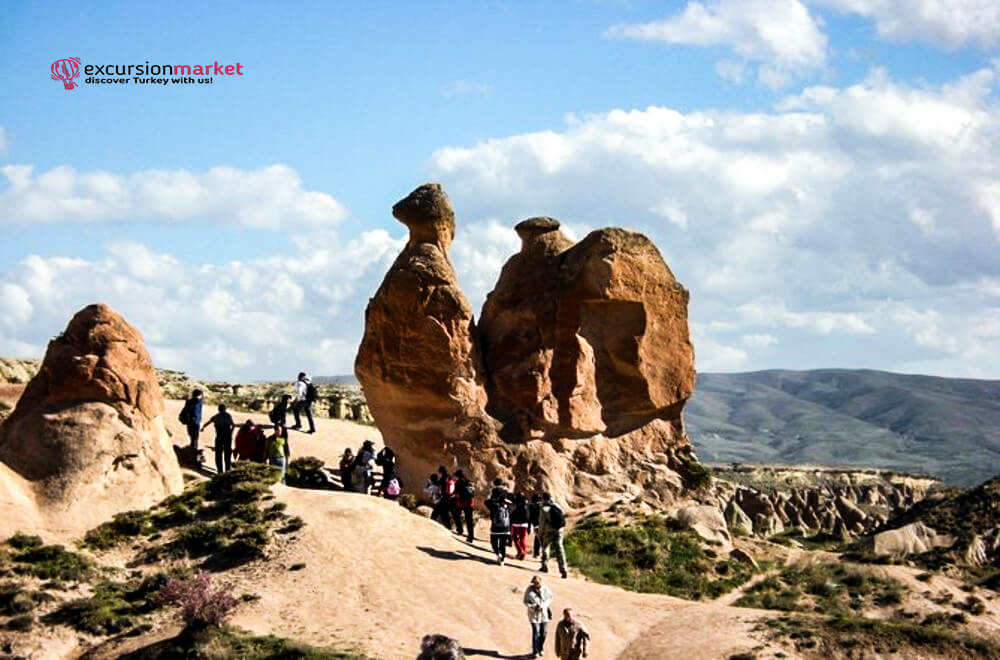 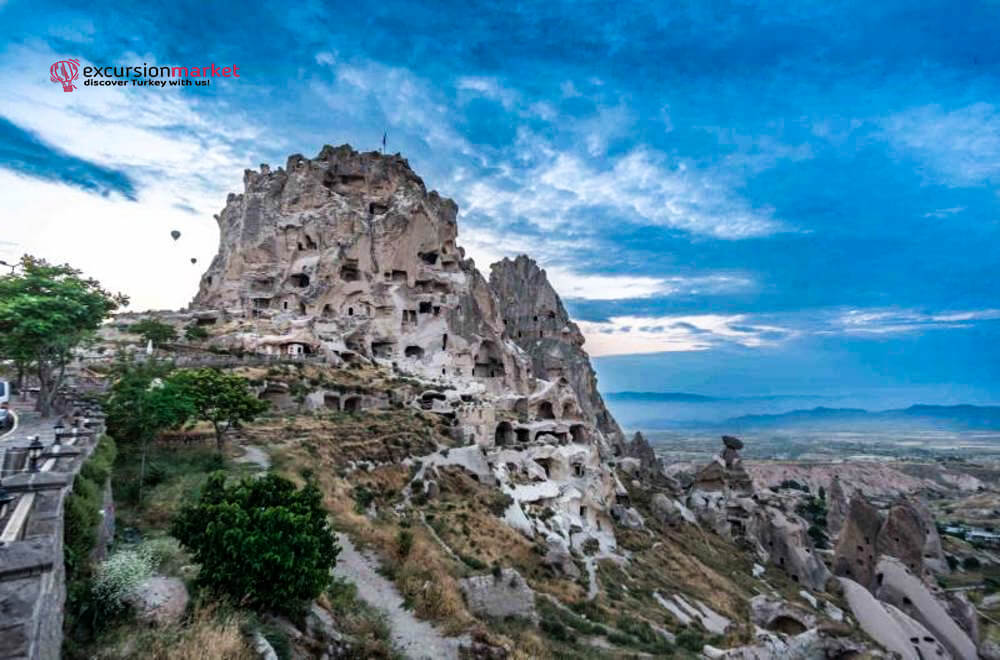 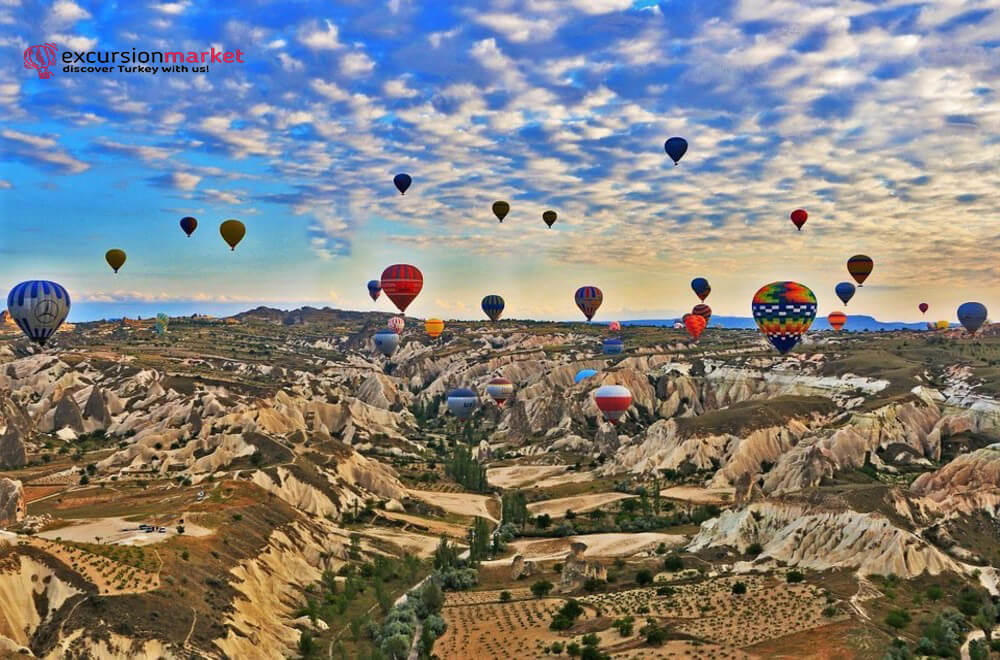 Highlights of this excursion hide
1 Cappadocia Blue Tour
2 What is included?
3 What is not included?
4 What to bring with you?
5 You May Also Like
6 What Can You Expect from Blue Tour in Cappadocia?
7 Soganli Valley: The Hybrid of Old Times and Nature
8 Kaymakli Underground City: The Depths of the Ground
9 Keslik Monastery
10 Mustafapasa Village: A Humble Life and Architecture

Thanks to the Cappadocia Blue Tour, the southern part of Cappadocia (dominantly, Kayseri and Nevsehir provinces of Turkey) will be explored by the curious and history-lover tourists, and you can be easily one of them! The hybrid of the blue, green and brown (the tones of the rocks that decorate the landscape) colors, the fresh air and the mystical vibes that date back to the ancient eras will be your companions!

Of course, before the booking, you should know where you will visit in details, with their specified names.

That is why, we would like to give the details of the program which will totally amaze you. Especially if you check them on the internet, you will be dying to be one of our guests!

Now, let us make “the land of beautiful horses” totally unforgettable for you.

Drinks
Seat not guaranteed for the infant
Tips
Personal expenses

What Can You Expect from Blue Tour in Cappadocia?

In this excursion, you will be able to visit prettiest and unique natural formations during our walk along the valleys and dusty paths, view charming fairy chimneys and historical landmarks, and walk in an ancient city that is settled under the ground level of surface.

In other words, the day will be full of adventures, fun and information!

Also, it will be very delightful, because we will have a very tasty lunch!

Now, let’s take a look at all of the stops that we will have in our program!

You can also read these;

Soganli Valley: The Hybrid of Old Times and Nature

We will start our day by visiting one of the most striking and nurturing natural areas of south Cappadocia.

Being known as Soganli Valley, this large place does not only contain the contrast of lively forests and dead-looking rocks, it also holds a deep history.

Because of its look, this valley is also known as the minimal version of the entire Cappadocia.

Yet, its beauty and popularity are not minimal at all.

During our walk in there, we will visit rock-carved chapels and churches that reflect the Roman era.

Our guide will enlighten you about their importance and stories, too.

Kaymakli Underground City: The Depths of the Ground

One of the other important stops of this tour is Kaymakli Underground City, which dates back to 7th-8th centuries.

Even if it had firstly been used by Phrygians, Indo-European people, successively, it was also used by Greeks, Romans, Christians and Byzantines.

According to the claims, even in Ottoman Empire era, it was used as refuges.

This cave-city has very wide boundaries:

Archeologists think that the entire city could gather approximately 3500 people.

Also, you will be able to see a church, numerous storage places, wineries and kitchen, ventilation shaft and a lot of corridors, gates, caves etc.

In other words, you will want to get lost in there!

Cappadocia Blue Tour will also take you to one of the best excavated structures in Cappadocia, which is known as Keslik Monastery.

The monastery was made of volcanic tuffs, in the Byzantine era.

Its unique design, atmosphere and frescos in orange and yellow colors will make you completely amazed.

And also, instead of visiting only one more structure afterwards, we will visit an impressive village that all of its buildings are made of rocks.

Simply, the dominant color in there is beige and its tones, which come from the ancient rock-carved caves or usual buildings.

Anyways, the amazing mixture will make you feel you that you are mixing to its streets.

There are nearly 93 100-year-old houses and approximately 30 churches and chapels to see.

Because of its historical and architectural wealth, this village has been “a touristic center” since 1981.

Of course, while you are learning more thanks to our guide, you will understand its significance more.

Now, if you feel that you are ready to enjoy a content-rich Cappadocia Blue Tour, we would like to be your companion.

To accept our invitation, the only thing you should do is to contact us or book the program!

For some reason, the blue tour is not popular among tourists, compared to the red and green tours. We have been to all three and recommend everyone who has the opportunity to take all of these tours. Their difference is that the red tour is an excursion within Goreme, the green one is outside, and the blue tour is chosen by those who are interested in churches and monasteries. Well, that’s my personal classification. In addition to the Soanli valley, you can get to all other points of the excursion on your own, as far as we understand. We liked the Soanli Valley the most. We definitely recommend this excursion.

We’ve came to Cappadocia for 10 days to explore all its attractions, to fly in a hot air balloon, go underground, ride a car and so on. We’ve booked the hotel while we were still at home. And we decided to explore Cappadocia with the excursion market company, since we had already cooperated with them and this cooperation was very successful (we bought tours around Istanbul from them). This time we bought all three tours from excursion market; blue, red, green, of course we bought a hot air balloon ride and another jeep ride. I will not write reviews for each tour, I want to say only one thing: the guys are professionals. And they do not try to sell you something. No, they are always in touch and will help if something went wrong (we had one or two small delays). Thank you so much for the amazing Cappadocia.

When choosing a tour and carefully researching its track, we decided to go with Blue Tour and did not regret our choice. We are very attracted by history, and especially monasteries and churches, which are rich here. We visited the Soganli Valley, this is an abandoned cave village, in which there are cave temples, the Karabash Church and the Serpent Church. I really liked the Cathedral of Helena and Constantine, located in a Greek village with an absolutely non-Greek name Mustafapasha 🙂 In general, the excursion leaves an indelible impression on what you saw. Thanks!

I really liked the village of Mustafa Pasha, which houses the Cathedral of Helena and Constantine (built in 1729). The village is interesting especially for its preserved Greek houses. Thanks for this excursion. 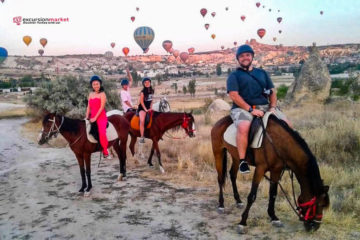 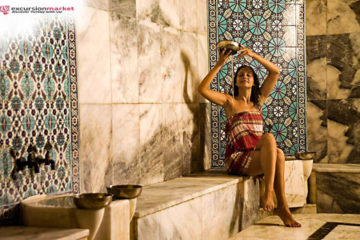 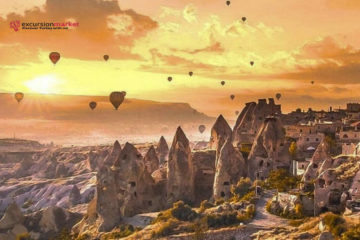