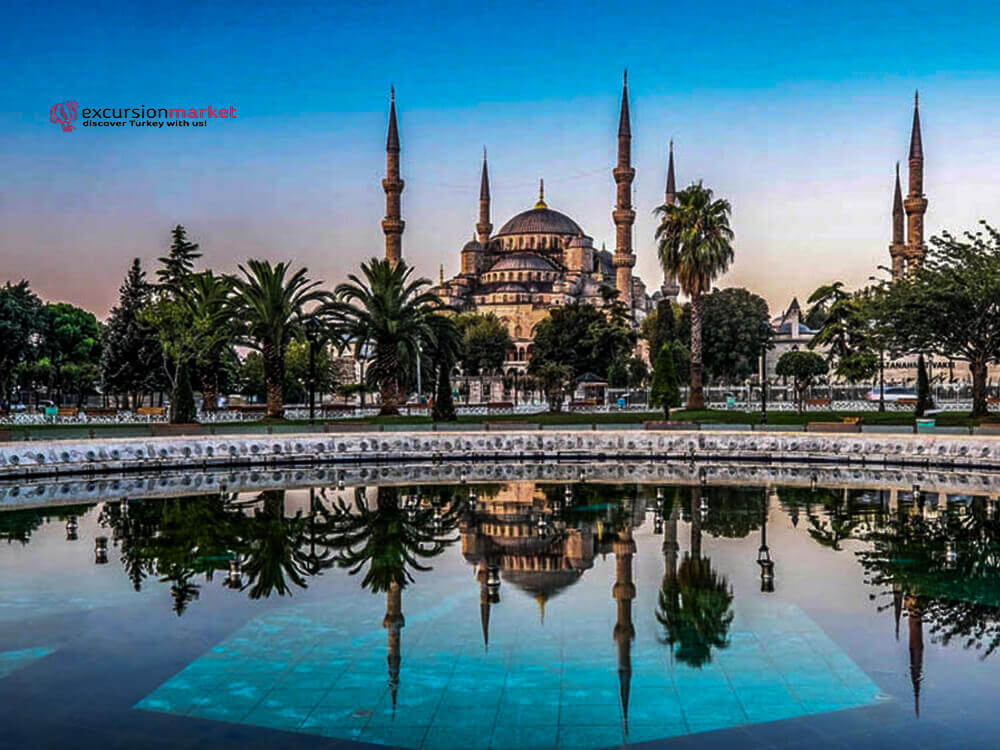 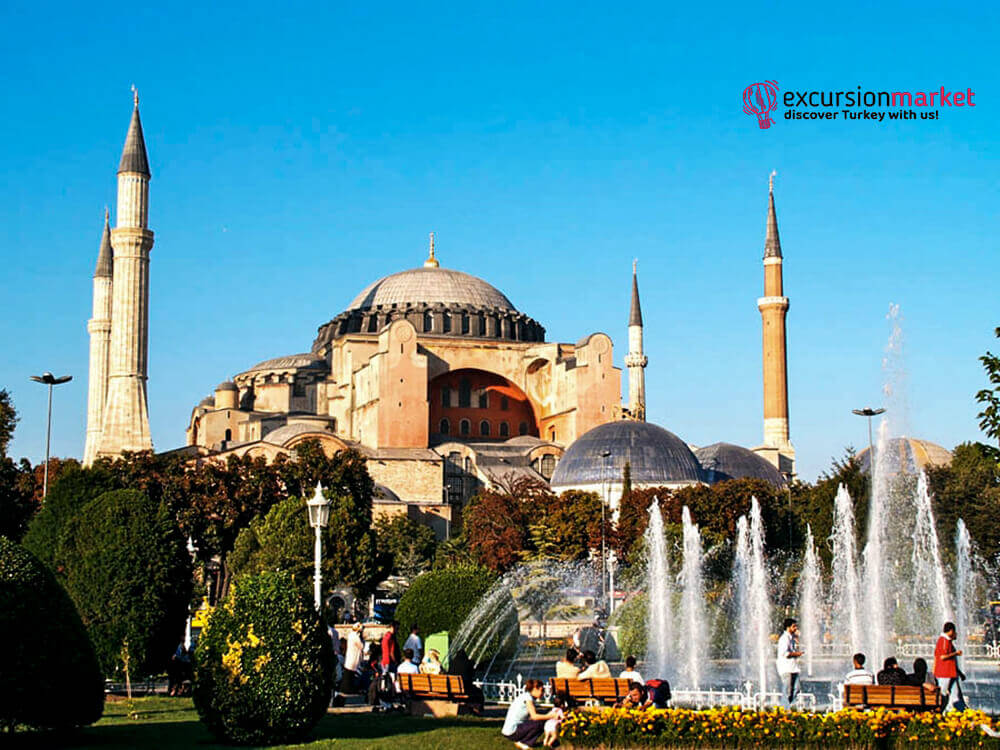 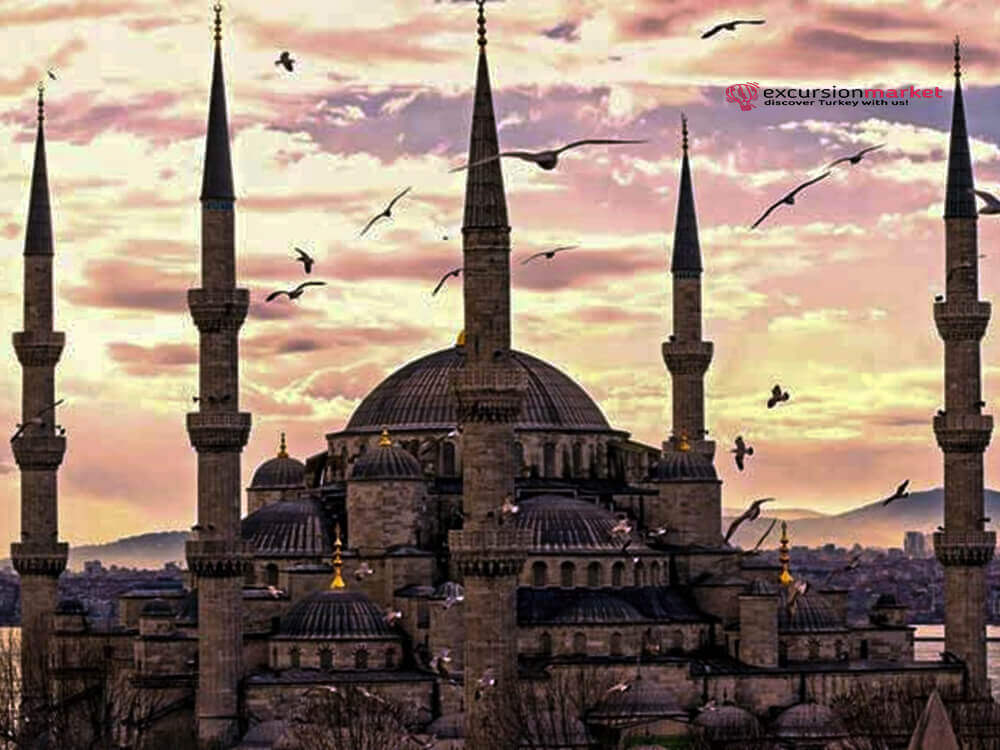 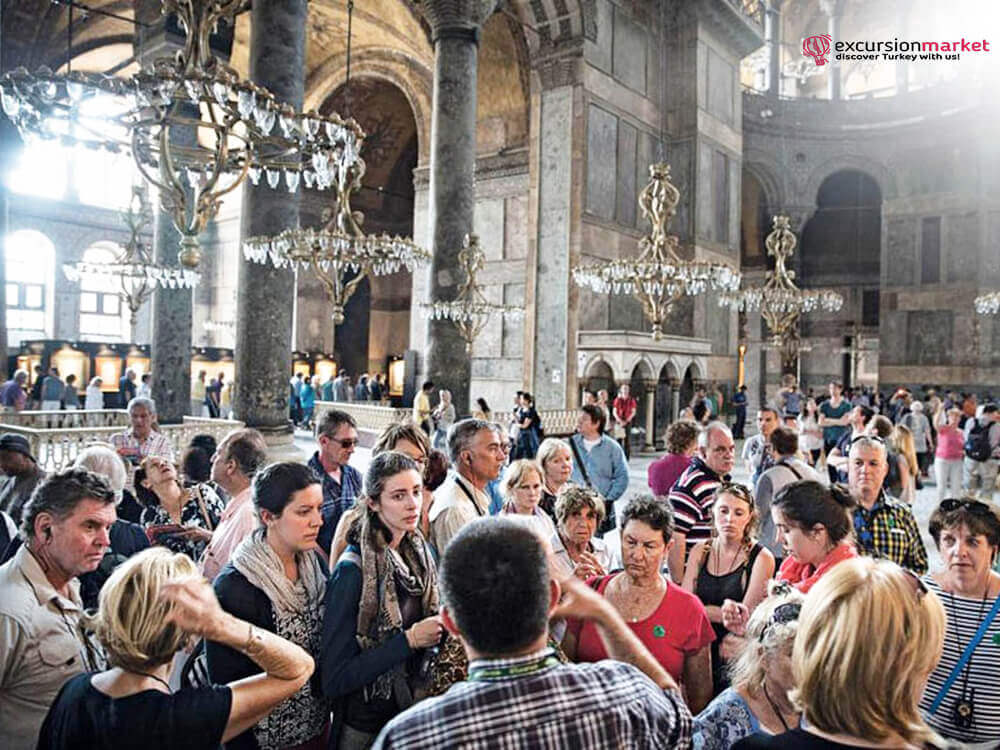 With this fantastic walking tour, Istanbul City Tour (Byzantine Relics), unravel Istanbul’s long and rich history, and let yourself to become captivated in the city’s hectic and colorful environment.

Highlights of this excursion hide
1 What is included?
2 What is not included?
3 What to bring with you?
3.1 You May Also Like
4 Hagia Sophia
5 Blue Mosque
6 Hippodrome
7 Obelisk

Every morning, the Byzantine Relics Tour ensures you with nice feelings, and a rich cultural heritage. This trip is appropriate for everyone like alone travelers, groups, and partners who want to see the city’s most well-known and significant attractions.

First, in the morning, our teammates will pick you up from your hotel and take you to a meeting area in the city center. You’ll meet our amazing team on the ride and get ready to explore Istanbul! Then, we’ll visit the first stop of this amazing tour.

Hagia Sophia, also known as the “Church of the Holy Wisdom” or “the Church of the Divine Wisdom”, is a significant Byzantine architecture in Istanbul. It’s a world famous landmark. And it definitely needs to be seen by everyone.

Constantine the Great built this magnificent cathedral during the fourth century. So it’s very old and has a special place in Christianity. Today, it was used as a mosque and museum. But still, it has the beauty of ages and you’ll love its design. This building is also seen as world’s 8th wonder.

After seeing this sacred place, we’ll visit another historical building from ages ago.

Next, we’ll see an amazing Mosque decorated with blue Iznik tiles: Blue Mosque. Still used as a prayer center for Muslims, this structure is delighting eyes and hearts.

Aside from its immense size and magnificent beauty, one of the most distinguishing features of this Istanbul mosque is its six minarets. And you can see these 2 minarets from nearly all aspects from Istanbul!

You’ll have a chance to see its beauty and elegance, also famous interior. But you should remember that it’s closed to visit on Fridays: people pray here.

We’ll see Hippodrome first, a large ancient area which has stand still for 3 different periods. Hippodrome was a public arena that was mostly used for chariot racing.

Besides chariot racing, gladiator sports, formal events, festivals, uprisings, and torturing of criminals were all held at Constantinople’s Hippodrome. Hippodromes were used under the Roman, Byzantine and Ottoman eras.

That’s why its hybrid monument with different timelines. After learning its story and taking photos, we’ll see another place.

Next to the obelisk in Hippodrome Square, you can see the serpentine column and the obelisk of Constantine, and right opposite the Egyptian stone is the entrance to the museum of Islamic and Turkish art.

When the day trip ends, we’ll pick you up and take you to the hotels. Get some rest and remember this lovely trip! 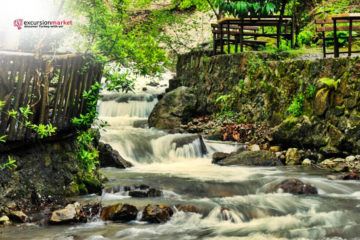 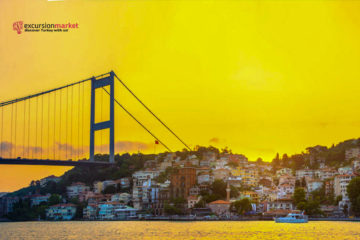 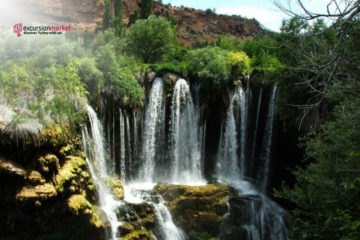