Highlights of this excursion hide
1 What is included?
2 What is not included?
3 What to bring with you?
4 Let’s Start
5 Hippodrome
6 Hagia Sophia
7 Blue Mosque
8 Topkapi Palace
9 Grand Bazaar

The beauty that unites Europe and Asia has a lot to offer travellers. The visit to Turkey’s most populated city will fill the heart with tremendous excitement and pleasing fulfillment, from breathtaking surroundings to cultural relics.

Join us on a trip to learn about the Byzantine, Roman, and Ottoman emperor of the past.

Guides will meet you at Istanbul port. Then, you’ll walk to the first stop of the trip.

First stop of the tour is Hippodrome.

Hippodrome is the first stop. It was the focus of Constantinople’s sporting activity.

There were also chariot races. Following empires such as Byzantine and Ottoman also used here for racing and public activities.

Nearby, there are The German Fountain of Wilhelm II, the Egyptian Obelisk, the Serpentine Column, and the Column of Constantine, and they are all famous structures.

Our second stop is Hagia Sophia, the world’s biggest and most unusual religious monument, which serves as a mosque, temple, and museum. Inside Hagia Sophia, there are two very different cultures.

When you enter the building, you can sense the clash of two cultures as you see an amazing combination of Islamic and Christian elements, as well as beautiful internal mosaics and a compelling history.

You must see it with your own eyes for a better visual description.

You will undoubtedly like it. You’ll learn amazing things, too.

Next stop is a landmark of Istnabul.

The 27.000 Iznik quart tiles, which give the mosque its name, have a beautiful blue tone that is well worth seeing.

Are you prepared to be stunned at Topkapi Palace?

It has several unique aspects that set it apart from other museums across the world. For 400 years, Topkap Palace served as the Ottoman Empire’s governmental, intellectual, and artistic center.

It is a fine example of eastern architecture, with art, literature, gems, dishes, clothing, the treasure, and the Holy Relics on display.

For over 400 years, it served as the home of the Supreme Executive and Judiciary Council, in addition to being the Imperial Residence of the Ottoman Sultans.

Guide will tell you more, so get ready to learn more!

Our last stop is Grand Bazaar.

The largest covered market in Turkey is located in the center of the Old City and offers superb shopping.

It is full with stores where you can find nearly anything, including wonderful Turkish rugs, ceramics, mosaics, textile, wool, and leather items, among other things.

When the trip ends, you’ll say farewell to the guides at Istanbul Port. 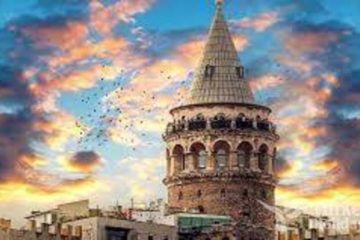 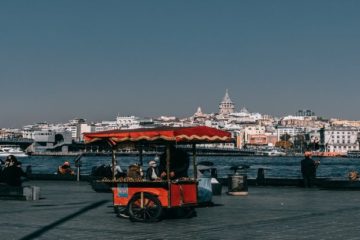 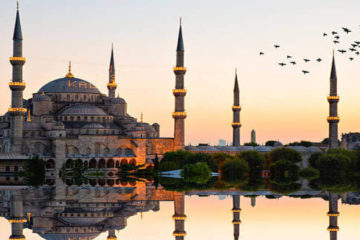