Tour from Marmaris To Ephesus 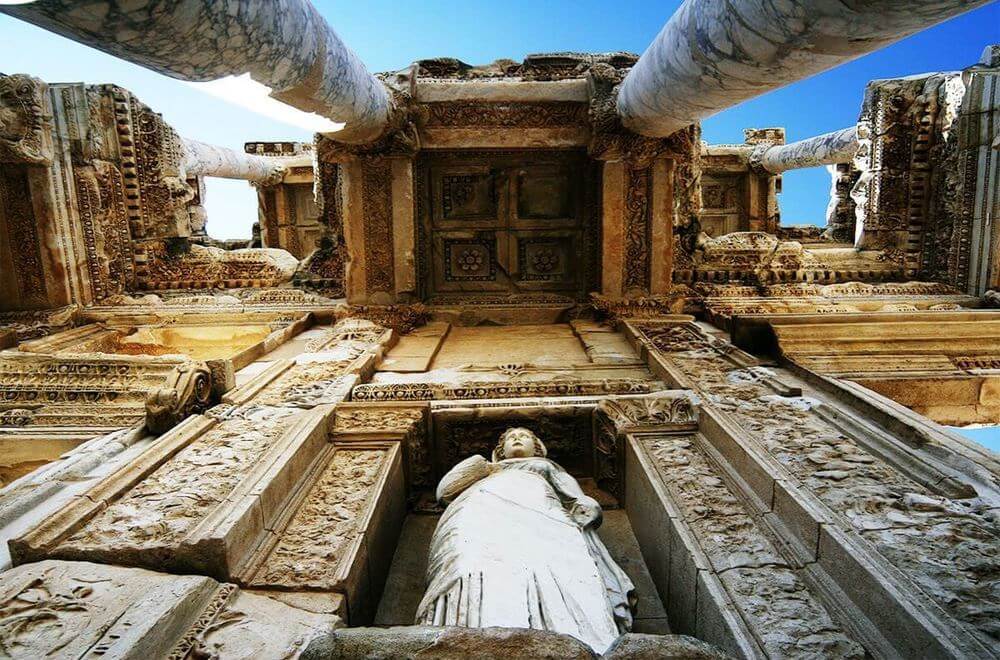 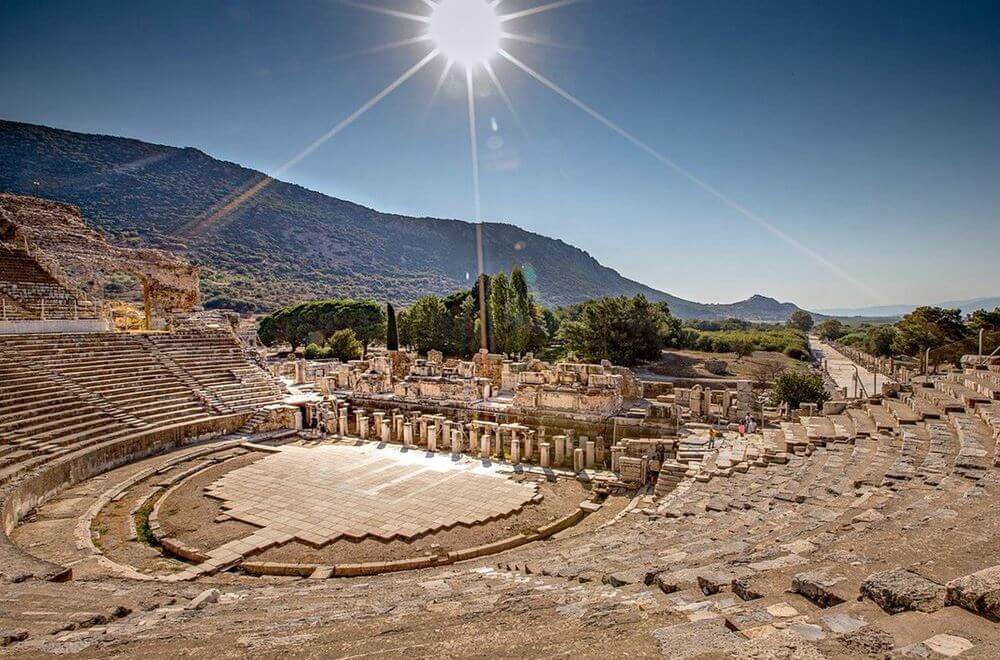 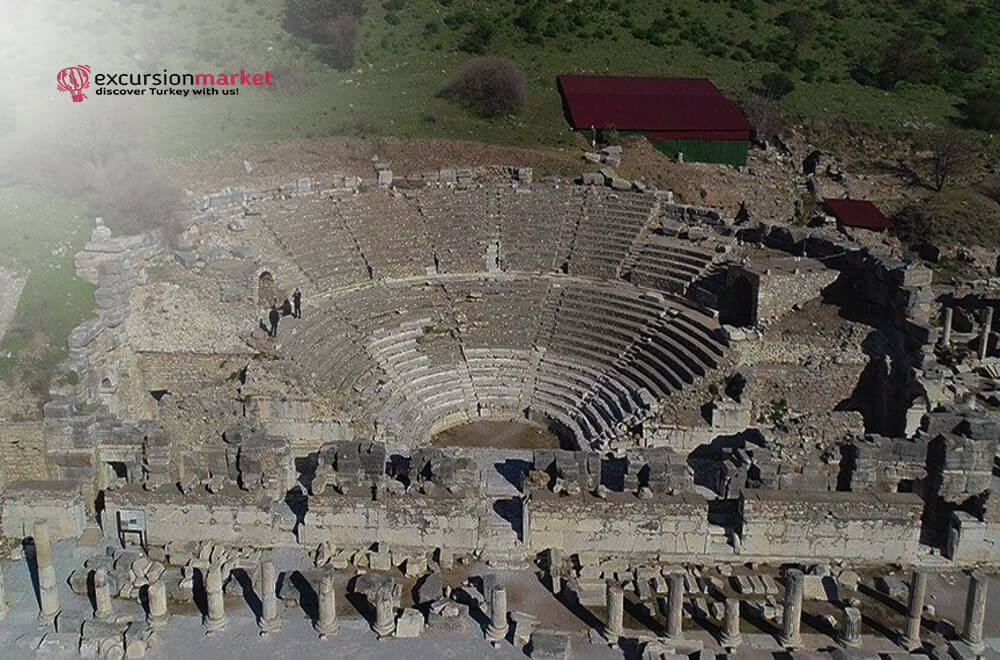 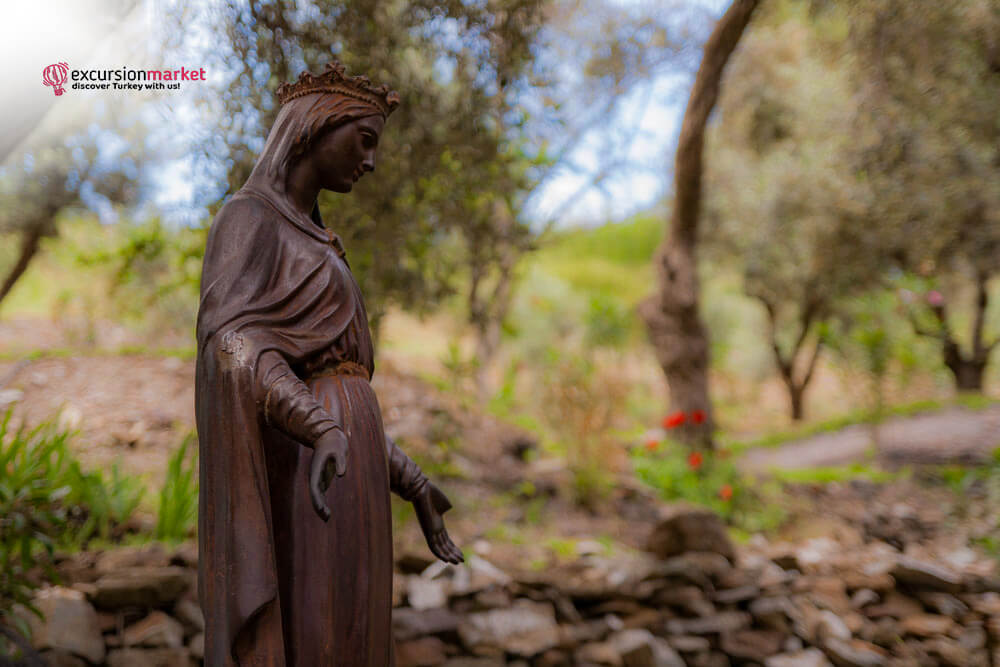 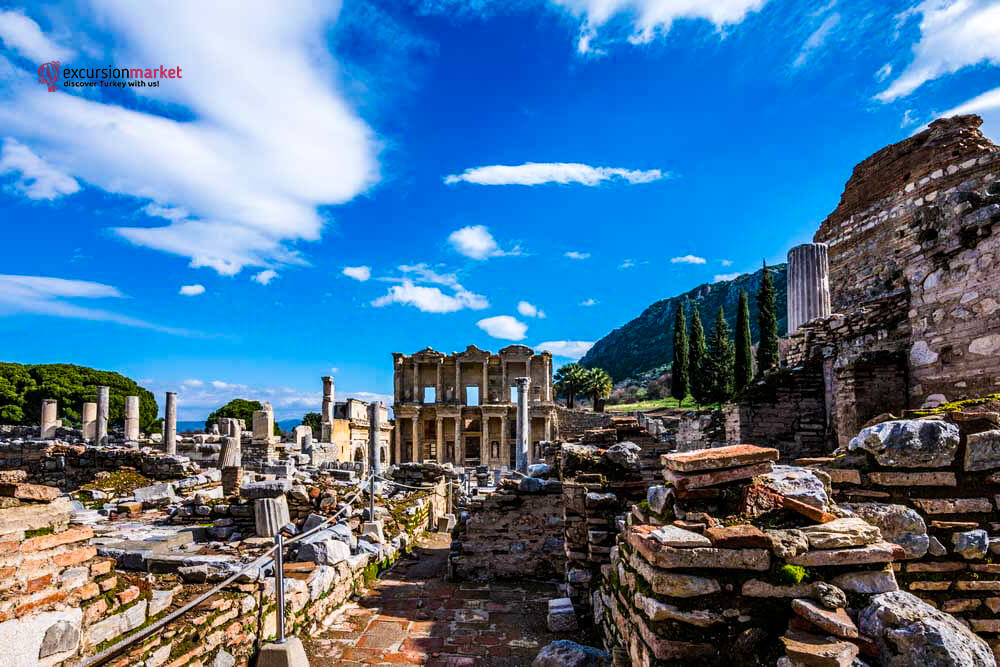 By this impressive Tour from Marmaris to Ephesus, we would like to give you the opportunity of setting out on a journey to the dusty pages of history.

Highlights of this excursion hide
1 What is included?
2 What is not included?
3 What to bring with you?
4 You May Also Like
5 The Historical Background of Ephesus
6 The Importance of Ephesus for Christianity
7 During Marmaris Ephesus Tour

Discovering Ephesus, one of the seven wonders of the ancient world, means that you will learn tons of new, fascinating and interesting facts from the history and become wiser not only about Turkey but also the ancient world.

The Historical Background of Ephesus

We can hear you questioning what makes Ephesus so special, like the only game in town?

Here is your answer: Ephesus diverges from the other antique cities and becomes unique of its kind because of the strict protection in force.

Building is not allowed within the borders of the antique city.

Firstly, it is believed that the city was built by Kroisos-the Lydian King and dedicated to Artemis- the Priapus goddess.

Also, it is said that it took almost 120 years to build this massive city and it became the capital of the Hellenistic Period and one of the most important centers of the said period because of its closeness to the harbors and crucial location.

The Importance of Ephesus for Christianity

Apart from its historical importance, Ephesus also has special meaning for Christianity.

According to the claims, the Holy Bible was written by St. John and mother Mary closed her eyes to the world in this antique city.

Despite hosting 1,5 million people approx. every year from different countries all around the world, that is the reason why a great majority of these guests consist of Christian people.

First of all, we will start our Marmaris Ephesus Tour and take you to the west part of Aegean area where the region of Selcuk is located. Besides being a lovely and small place itself, our purpose is to find Ephesus that is located in the heart of Selcuk.

Then, take a stroll through the cobbled streets of marble, mosaics and frescoes which still adorn the walls of the ancient houses.

Temple of Hadrian, baths and a brothel are among the perfectly preserved city attractions.

You will be fascinated when you witness the existence of the numerous small details hidden in every single corner and want to know what their underlying story is.

• The famous Celsius Library, the most impressive building in Ephesus,
• Theater, which housed about 25,000 residents for gladiatorial contests and theatrical performances that has a spectacular view over the main street, lined with marble fountains, temples and baths,
• The Temple of Hadrian,
• House of Love,
• Agora and more…
Just contact us and let us play a part of this precious experience of yours.

Reviews About Tour from Marmaris To Ephesus

Thank you for organizing such an exciting trip! Next time we will also purchase excursions here, it is clear that professionals are working.

It’s such a nice idea to connect Marmaris and Ephesus, a UNESCO World Heritage. I’ve always wanted to visit there but getting to there on your own is quite expensive (renting car etc.). This tour is very cheap comparing to others and it was satisfoctory. Thanks for our amazing guide by the way, he was awesome! Ephesus is a magnificent place

We’re glad that you enjoyed our tour! Thanks for the comment! 🙂

The trip, which took us one day, and will be an unforgettable one for a lifetime. Be sure to visit Ephesus, because it really is not in vain under the auspices of UNESCO. Thank you for your impressions.

Hi there… I loved this tour, it worths the money you pay, time on the roads and tiredness after the walking!! It was a delightful day, i learned many things at once thanks to our perfect guide. Thanks for everything.

We’re glad that you enjoyed our tour! Thanks for the comment! 🙂

The first time we bought a tour not from a guide, but on the site, thanks, we were satisfied, very well organized. In the morning, the bus picked us up almost without delay, left on time. On the way, we stopped at several more hotels to pick up other tourists. An hour later we had breakfast in a big city called Mugla, if I’m not mistaken, it’s like a mini capital of the region. At around eleven in the morning we were in place. Ephesus is amazing, a perfectly preserved ancient city, practically the cradle of civilization. Be sure to visit there. After the tour in English, we had lunch and went to the house of St. Mary, which is located nearby. After that, in the evening, we returned to Marmaris. Thank you for organizing this trip to Excursion Market. We will recommend your services to friends. 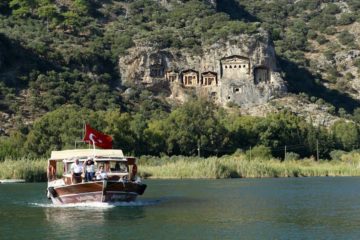 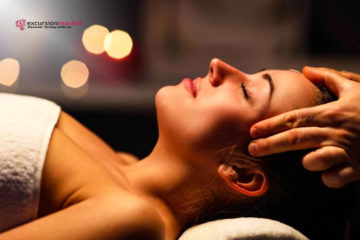